Rebecca Kaplan was only 20 years old when she met Dan, the love of her life. It was move in day her junior year of college and as she recalls “this skinny guy knocked on my apartment door to ask for toilet paper”. Her family laughed it off – because who knocks on a random person’s door asking for toilet paper – little did they know how that chance encounter would change the course of both their lives. This week, Rebecca explains how her role of caregiver has evolved over the course of a decade and how it’s helped her cope with the pandemic.

Dan and I began dating four months after that initial toilet paper introduction. Two months later, he was diagnosed with Crohn’s disease, right while my mom was starting chemotherapy for Stage 4 Non-Hodgkin’s Lymphoma. As someone who has been plagued with crippling anxiety her whole life, you would have thought I would fold under the stress of two of the most important people in my life receiving life-altering diagnoses at the same time. But I didn’t– in fact, my anxiety motivated me to embrace the role of caregiver.

Dan’s first hospitalization and the colonoscopy that went wrong

We had been married less than a year, living 90 minutes away from our families and our full support system. 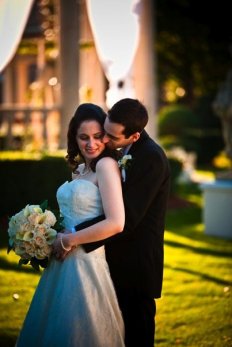 His disease had gone unmonitored for years and his new doctor was performing a colonoscopy to see just how bad his IBD had gotten. We were unaware that he had developed a stricture that was so severe that when she pushed the scope through, it nicked the wall of his intestines, causing a perforation and bacteria to get into his bloodstream. Within 45 minutes of waking up from the procedure, he had spiked a 104-degree fever and kept telling me and the nurses he thought he was dying. I was TERRIFIED. But I also found myself motivated by the fear and the anxiety I felt.

Instead of going into a full-blown panic attack, I went into caregiver mode. I knew I needed to be Dan’s voice because he could not speak up for what he needed. It was my job to demand the best care he could get, advocate for his needs, and focus just on him.

While taking care of Dan in the hospital required most of my time and attention, I did notice that I could only do it to the best of my ability if I were also taking care of myself. We lived 45 minutes away from the hospital with a new puppy and no one to take care of him. So, while I wanted to spend 24/7 with him while he was inpatient, I knew that I couldn’t do it for my own sanity. So, I made sure I went home multiple times a day and created a separation between myself and the hospital so I could decompress, eat (SO IMPORTANT), and sleep (ALSO IMPORTANT). Being able to do that meant that I was able to be at the top of my game when he needed me the most.

It’s been almost 10 years since the series of hospitalizations that started with Dan’s perforation and ended with him having a bowel resection to remove the stricture. And in those 10 years, I’m so thankful that Dan’s health has improved greatly. He’s gained nearly 50 pounds, works full time, works out, plays softball with his dad and brother, and deals with me.

Coping with the COVID-19 Pandemic

With his health stable now, the biggest challenge we’ve been facing the past few months is coping during the COVID-19 pandemic. I have been coping with the pandemic much better than Dan. I jokingly say that I’ve been training for quarantine my whole life, since my obsessive-compulsive disorder has always had me washing my hands, avoiding sick people, and wanting to stay home more than going out. However, Dan does not do well with change – whether that be moving to a new apartment, being diagnosed with a chronic illness, starting a new job, or having life turned upside down by a pandemic. Going from working full-time in an office to being trapped at home, isolating to stay healthy, has been hard for him. His regular life and hobbies have been stripped away from him, and not being able to leave the house and go places has left him stir crazy and agitated. 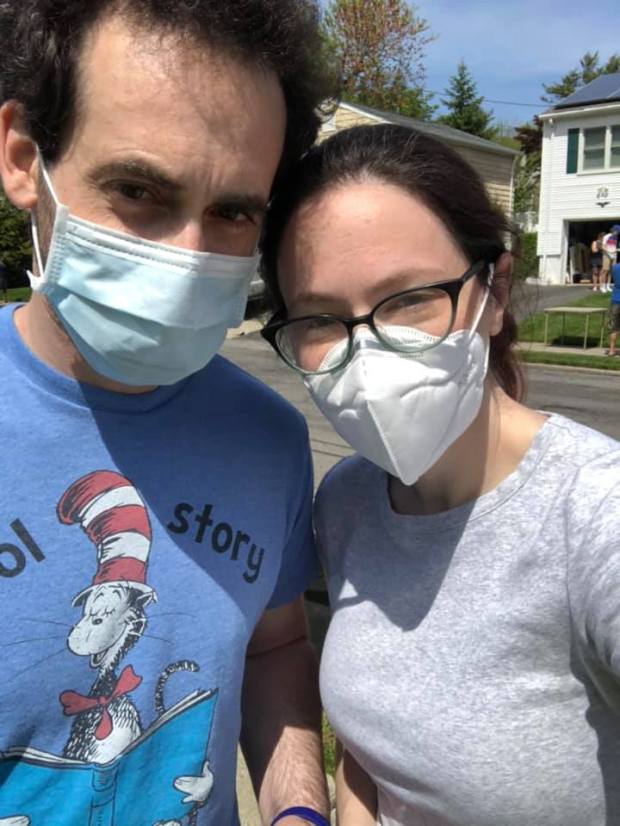 Because of this, I’ve put my caregiver hat back on in a different way. I’m not caring for his active disease; rather I’m helping him cope with change and the accompanying stress. I encourage him to do things outside as much as possible, whether that’s taking the dogs on a walk, kicking the soccer ball in the backyard, or going on a hike. I also try and help him see the bigger picture – we’re staying home so that he and our high-risk relatives stay healthy. And I remind him that this is not forever – it will get better and we will get back to normal at some point.

2 thoughts on “Caregiving During COVID-19: How IBD has helped one couple navigate the unknown”