Well, the cat’s out of the bag. I’m 14 weeks pregnant (tomorrow) with a baby BOY! We will be family of five in mid-July. Since as long as I’ve remembered, I’ve envisioned my life with three children, I just never thought it would happen in the middle of a pandemic! Bobby and I feel extremely fortunate with all the outpouring of love, support, and congratulations during this exciting time for our family. As an IBD mom, I feel constant gratitude that my remission has held strong these 5-plus years and enabled me to have healthy, uneventful pregnancies. So far, out of all four of my pregnancies (miscarried between Reid and Sophia), this one has been my “easiest”. Aside from too many migraines to count, the nausea and fatigue in the first trimester were minimal and I feel great most days.

While I plan to be transparent and share content over the next six months about my experience being a high-risk pregnancy during these crazy pandemic times, I also want you to know I’m cognizant of the fact that pregnancy announcements, and pictures of baby bumps can be a trigger for our community. I am empathetic to the fact that family planning can look differently for those of us with Crohn’s and ulcerative colitis. Because of this—I’m excited to announce I’ll be launching a special series on Lights, Camera, Crohn’s entitled “IBD Motherhood Unplugged”.

IBD Motherhood Unplugged topics will include (but are not limited to):

If you want to share your experience of navigating family planning or motherhood with IBD, please reach out. I already have several women lined up, ready and willing to share their personal journeys. I’m anxious to share their brave and resilient words with you.

My advocacy focus has always been to be the voice I so desperately needed to hear upon diagnosis and through all of life’s milestones. I want you to feel seen. I want you to feel heard. I also want you to remain hopeful that pregnancy and motherhood is possible for most women with IBD, we all just get there in different ways.

When you’re a parent keeping your kid(s) entertained and engaged throughout the day is a constant challenge, especially as most of us continue to hunker down at home. When you’re an IBD parent, throw extended bathroom breaks, overwhelming fatigue, and debilitating pain into the mix. Keeping up with your kids, while making sure they’re safe and not getting too much screen time can sometimes feel like an insurmountable task. Just as it’s imperative we are proactive at managing our IBD, it’s also extremely beneficial to be proactive as parents. This is where busy boxes come in.

I first heard of this concept when I was pregnant with my daughter Sophia. My son wasn’t even two when she was born. I had intentions of breastfeeding (and I did), but between nursing and pumping, that’s hard to do when you have a busy toddler running around the house, while managing the day-to-day of life with a chronic illness.

What’s so great about busy boxes is that you can be creative, tailor them to your child’s age and interests, and do so without breaking the bank. As a mom of a 3.5-year-old and a 22-month-old, with winter approaching in the Midwest in the middle of a pandemic, I’m starting to update my busy boxes for the long months ahead. I started this past weekend. I went to the Dollar Store and got this haul for a mere $14.

Whether you’re at Target, Hobby Lobby, or on Amazon, you can pick up little activities as you go to continue to keep the content within the busy boxes fresh.

Themed activities. My daughter loves Frozen, so I included stickers, puzzles, books, and trinkets. My son loves dinosaurs and sea creatures so I will keep that focus in mind as I update his busy boxes.

Letters/Words and Numbers/Counting: Include items that help your child learn the alphabet, recognize numbers, spell, learn opposites, matching and rhyming.

Shapes: Puzzles, felt designs of food and people, and paint-by-sticker books, you get the picture.

It’s best to keep busy boxes out of reach from your children so it’s something that’s not always accessible. That way, it feels like a fresh new activity. We keep our busy boxes stowed away in the kid’s bedroom closets (where they can’t reach them). As an IBD mom, I recommend keeping a box nearby the bathroom so if needed, your child can sit at your feet and be entertained with little to no effort on your part. Busy boxes also come in handy when you’re trying to cook dinner or having to be on a Zoom call for work. I knew it was time for me to update Reid’s busy boxes this week when I looked over during a Zoom call and he was jumping up and down on a bag of opened pretzels. Fun times! 🙂

Still looking for some inspiration? Pinterest is a great resource to check out ideas and to come up with activities for your little ones.

Here are some Instagram handles that provide helpful activities and guidance about educating and entertaining your child at home (no affiliations, just giving them a shout out) in hopes of helping you:

As we gear up for the winter months and this pandemic drags on, I hope you find this useful as an additional tool in your chronic illness parenting arsenal. I know it does my heart good to know I have something fun and engaging to share with my kids, especially on the days when my Crohn’s interferes with my plans or expectations for the day.

For as long as Danielle Fries can remember, Crohn’s disease has been part of her story. Even though she was officially diagnosed with IBD at age 13, she had stomach issues since infancy. Over the last 16 years, she has tried medications, diet adjustments, holistic treatment options, and therapy to reach a happy balance and remission. This week she shares her experience of flaring during pregnancy and how she managed to bring her baby girl into this world and take care of herself at the same time. 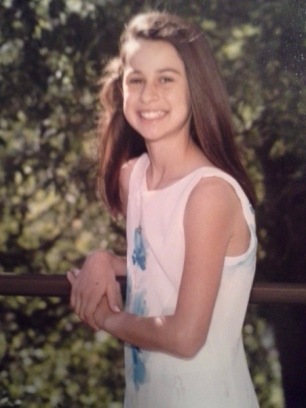 When I found out I was expecting, my GI health was stable. I was only taking Lialda and my most recent colonoscopy showed minimal signs of disease, which left me feeling confident. After my first OB appointment, I was referred to MFM (maternal and fetal medicine) for a consult solely because I had Crohn’s and the pregnancy is considered high risk when you have IBD. The MFM specialist took my history, let me ask more than enough questions, and ultimately decided I was on track for a healthy pregnancy. We parted ways feeling confident that my disease was under control and I should return in the third trimester for one more consult to confirm all was well.

My Crohn’s disease had different plans

I struggled early on with morning sickness but something about those stomach pains felt different. As a Crohn’s patient for more than a decade, it can be easy to tell when something is off. By 12 weeks, it was very evident that these symptoms – cramping, nausea, burning, bleeding, the works – were more than just morning sickness. I was on my way to a full-blown flare and my little one growing inside me was stuck for the ride.

My first feeling was fear. I was terrified enough about becoming a mom, but now that my Crohn’s complicated the pregnancy, my mind started racing. Would the baby be able to grow properly? Would the baby end up with complications? Would I make my baby sick? Will my baby end up with Crohn’s like me? The anxiety and unknown of the situation felt beyond overwhelming and I knew I needed to find the right support system to make me feel somewhat in control of all the chaos.

Turning to my most trusted fellow IBD warrior, my mom

My mom was my first source of reason. She could understand and relate to what I was going through more than anyone since she too has Crohn’s. She got diagnosed while pregnant and flaring with me! While her Crohn’s has never been as severe as mine, it really helped to find someone who related to the fears and uncertainty I was experiencing and made it through with a positive outcome.

I was extremely fortunate to find a group of specialists to help bring some answers and clarity to my journey. The entire pregnancy I was in close contact with both my OB and the MFM. The MFM was honest in her lack of understanding of how Crohn’s disease can fully affect the pregnancy and referred me to a GI she trusted. My new GI doctor became my confidant, my champion, my source of calm in the pregnancy. She specialized in the intersection of women’s health and Crohn’s disease, with a specific interest in pregnant women. Finding a GI doctor who I trusted to lead me with a care plan for both my Crohn’s and my baby’s development was the greatest sense of relief I felt since the day I found out I was expecting.

Struggles in the Second Trimester

As I entered the second trimester, I struggled to gain weight and it became apparent that my baby was suffering from intrauterine growth restriction (IUGR). My doctor’s visits became more frequent, the tests (non-stress tests, growth ultrasounds, blood flow ultrasounds) increased and I found myself at the doctor 3-5 times a week. As the visits and tests increase, so did my constant questions, fears, and uncertainties. Never ever be afraid to ask questions – you are the one on the journey and deserve to understand what is going on!

I quickly learned that while I was lucky enough to have three doctors in my court supporting myself and my baby, I still had to be my own advocate. Each doctor had their own niche of where they could help, and I had to serve as the glue to keep my care as one seamless plan. I trusted all the doctors, but wish they could have just had a conference call titled “What the heck to do with Danielle Fries and baby?” rather than leave me playing telephone in the middle. But I learned to be the squeaky wheel to advocate for my health and my baby’s health and not fall through the cracks.

After many weeks of testing, deliberation, questions, and my baby’s decreasing growth, my doctors and I decided as a team that an early induction was the best course of action. The OB and MFM felt confident that my baby would grow better on the outside than on the inside and the GI doctor wanted to be able to get my health back in control. I trusted my doctors and asked way too many questions, but felt more confident with a plan of action.

My trust in my care team paid off. Baby Nora was born teeny at 38 weeks and measured in at the 3rd percentile. She spent a few days in the NICU while she gained her strength and learned to breathe on her own. Now that teeny nugget is 6 months old and weighing in at the 90th percentile! I complain daily about how heavy she has gotten and that carrying my baby is more work than going to the gym, but I feel so fortunate. Every single roll (and trust me, they are endless) is a reminder that this girl and I were cared for by the best team of doctors who were by our side every step of the way and gave us both our health. Just after giving birth, I started a new treatment regimen of Stelara shots every 4 weeks and I finally feel like I have my Crohn’s disease back under control.

Three lessons from one IBD mom to another