Who says snail mail is a thing of the past? For one 10-year-old in the Chicagoland area, connecting with fellow IBD pediatric patients is helping her cope, comfort and help others as she takes on Crohn’s disease herself. 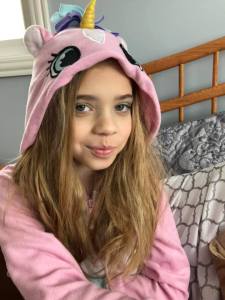 Meet Emily. This past February she received her chronic illness diagnosis. Even though she’s brand new to IBD life, she’s taking all the pain and all the setbacks in stride.

Her mom, Michelle, says watching her young daughter go through Crohn’s has been a punch in the gut.

“It’s overwhelming, lonely, and mentally draining for everyone involved. Her little body has been put through so much in the last few months and she just goes along with it all. I wish I could’ve done all the horrible tests and take away every ounce of her pain. My heart breaks every time she gets poked, every time she takes medicine, every time she has to do a test, or when I send her to school, knowing she feels horrible.”

Emily’s courage and compassion for others has inspired Michelle. Her Crohn’s diagnosis has spurred an interest to connect with other IBD kids. Rather than take on the disease in silence, Emily finds there is strength in numbers, a purpose for her pain.

Her mom was able to reach out to fellow parents on Facebook about a pen pal program.

“How cool to come home from school and have a couple letters waiting for you from kids all over the country?!? Emily has already made 12 new friends with IBD from the U.S. and the U.K. I never want Emily to feel alone on this journey nor do I want any other kids to feel alone. I want Emily to see that other kids who have IBD are living a “normal” life and that she can, too! There may be days when I won’t understand what she’s going through, but her new friends will.” 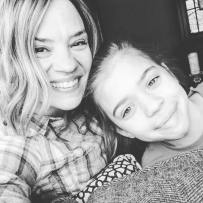 From a parenting perspective, the pen pal group has introduced Michelle to other mamas going through the same fears and experiences. The connections have brought her peace of mind as she navigates these new waters with her daughter.

“Emily and I are firm believers in spreading positivity and what you give out, you get back. It’s up to us to find the good in this situation and what better way than 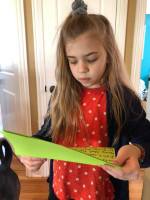 making new friends? Friends who understand and continually cheer you on, no matter how far they are. My hope is that Emily will make life long connections and that these letters will serve as a constant reminder that she is never alone.”

Interested in joining this pediatric pen pal group? A Facebook page is in the works. In the meantime, you can get involved by emailing Emily’s mom, Michelle: positivelyshelly@gmail.com.

When Chicago Bear standout rookie wide receiver, Anthony Miller laces up his cleats to take on the Los Angeles Rams this Sunday, his cleats will tell a story. A story many may not be aware of. Anthony’s longtime girlfriend, Alexandra Pounders, has battled Crohn’s disease for nearly 10 years. She was diagnosed at age 14.

This Sunday (Dec. 9), Anthony will participate in the NFL’s My Cause My Cleats campaign, as a way to spread awareness for inflammatory bowel disease (IBD) and show support to his girlfriend. Anthony’s cleats will feature the Crohn’s and Colitis Foundation.

“Being able to bring awareness about IBD through football means a lot to me. When I wear these cleats against the Rams, I’m not only going to be representing my girlfriend Alexandra, but also the millions of people across the globe who suffer from this disease,” said Anthony.

This is the third year for the My Cause for Cleats effort. It’s a way for NFL players to take steps to visually show their support for causes near and dear to their hearts. Anthony and Alexandra have been together almost five years. Alexandra says Anthony has been there for her every step of the way, whether it’s attending doctor visits or motivating her to stay strong during setbacks.

“It feels amazing to know there is someone by my side who cares so much for me that they want to spread awareness about this illness. 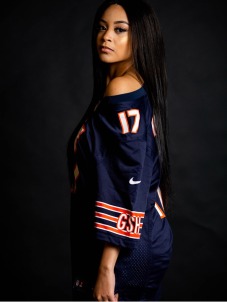 Anthony has seen me fight for so long. It makes me feel like I’m not going through this alone,” said Alexandra.

“We are thrilled to see several NFL players, including Anthony Miller, raise awareness of Crohn’s and colitis through this year’s My Cause My Cleats campaign,” said Michael Osso, President & CEO of the Crohn’s & Colitis Foundation. “More than 3 million Americans live with these diseases, and, like Anthony, even more are touched by them as loved ones of patients. Using their platform as professional athletes to speak out about Crohn’s and colitis not only helps educate the public about the seriousness of these diseases but also underscores how wide-reaching these diseases are and how important it is to have the support of loved ones.”

Alexandra’s advice to the IBD community is to put your personal needs first and try to keep stress to a minimum, while accepting support from others.

“Surround yourself amongst people who may not completely know what it feels like to be in your shoes, but people who are willing to be patient with you and love you on the days that aren’t so great. Focus on being the best possible you that you can be in every aspect…mentally, physically, emotionally and surround yourself amongst people who truly care about you, it’ll be so much easier to overcome the obstacles you face with this disease. Stay positive. Hold on tightly to your faith. And don’t let this disease define you,” said Alexandra.

Chicago is my hometown and where the majority of my family lives. As a Bears fan and as a Crohn’s disease patient advocate who was diagnosed in July 2005, seeing professional football players put causes like the Crohn’s and Colitis Foundation in the spotlight means a great deal. Check out the #mycausemycleats hashtag on social media to learn more about the cause.