You never know who you’re going to meet along your patient journey. Once you feel comfortable sharing your story, there are so many opportunities to meet those battling inflammatory bowel disease. My mom recently discovered that her college roommate also had a daughter who battles Crohn’s. Naturally, I reached out immediately upon finding out the news. Britten and I connected on Facebook and then began emailing back and forth. This week, Britten shares a guest blog about what it was like to tell her boyfriend Chris that she had an ostomy bag. I’ll let her take it away…

The day I decided to tell my boyfriend Chris that I had an ileostomy, I was a nervous wreck. Swarms of butterflies raged in my stomach as I drove to his house. Purposely, I drove slowly to stall the inevitable talk. 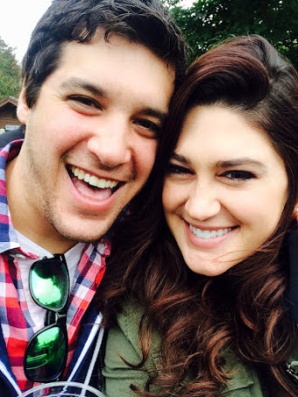 In my head, I rehearsed what I should say. I wanted the conversation to go perfectly, but I was worried about how the words would come out, and how he would take the news. The last time I attempted to have this talk, I got dumped. My ex-boyfriend of seven years broke up with me two days before having ostomy surgery because he couldn’t handle “me being sick all the time,” and I was terrified the same thing would happen again. After all, my current boyfriend and I had only been dating for a few weeks when I decided it was time to let him in on my little secret. I knew it was only fair to tell him.

Deep down, I knew I had nothing to be embarrassed about or ashamed of, everything that had happened that lead to me having an ileostomy was completely out of my control. It was just something I had to live with. But I still felt nervous and self-conscious about sharing my secret. All I could do was take a deep breath, and face my fears. Walking to Chris’ house, I knew there were only two outcomes to this situation. Either he would accept me as I am, or he wouldn’t be able to handle it and we would break up. Either way, there was no turning back now. Gathering all of my courage, I knocked on his door.

We settled on the couch, sitting with his arm slung comfortably over my shoulders. I turned to face him, took one last deep breath, and suddenly burst into tears. Startled, he immediately pulled me into a hug and tried to calm me down. 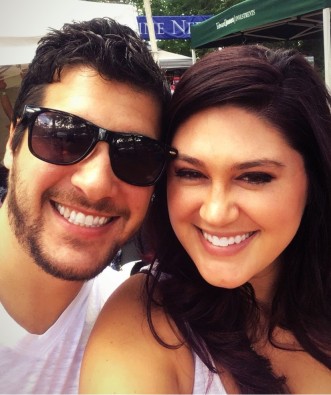 After a moment, I sat up, wiped my tears, and explained that I had something important to tell him, and that I was nervous to hear his reaction. Chris gave me another hug and reassured me that everything would be okay.

With a rush of words, I began telling him my story. It was like having an out of body experience. I could feel myself talking, but I felt like I was watching the scene happen from across the room. Once I started, I couldn’t stop. I started at the beginning, explaining that I was diagnosed with Crohn’s Disease in 2012, and between then and 2015 I had about 30 surgeries to drain an abscess that refused to heal. I explained that because the abscess wouldn’t close, we decided to try a temporary ileostomy to see if that would allow it to finally heal. I continued, explaining that essentially, I have a poop bag, who I named Sammy, attached to my stomach.  Trying to make light of the situation, I joked that thanks to Sammy, I’m the world’s most perfect girlfriend, I can’t poop or fart.

When I finished talking, I stopped and looked at him, expecting him to be grossed out or scared by what I had just told him.

Instead, I was met with love, kindness, and acceptance. And a fair share of curiosity. Leaning in to wipe the tears from my face, he comforted me by saying how brave I was for sharing my story with him. He knew it took guts. He took my hands in his, and reassured me that having a bag didn’t matter to him, I was still me.

Looking me in the eyes, he told me that I’m beautiful and that having a bag doesn’t change who I am.

Then, Chris shyly asked if he could see my bag. With slight hesitation, I had never done this before, I introduced him to Sammy. After seeing his reaction, I was overcome with happiness and relief. It was then that I realized that I didn’t have to hide my bag; it makes me who I am. I didn’t have to be embarrassed because I’m a fighter, a Crohn’s warrior, and I’m proud of that. I’m proud that I never gave up. Chris helped me realize that my scars make me unique, and help tell my story. Now that I had shared my secret with him, I knew that it would give me the strength I needed to be open and honest about Sammy for now on.

Be sure to check out Britten’s new blog entitled, “Babe With a Bag” and continue to follow her inspirational journey.

One thought on ““How I told my boyfriend I had an ileostomy”: A guest post by Britten”