They’re the unsung heroes. They’re the hands that hold us up when we’re to weak to stand on our own. They’re our biggest cheerleaders behind closed doors. They’re our extra set of ears during doctor appointments and hospital stays. They’re the real MVPs in the chronic illness game. I’m talking about caregivers. The people in our lives who decided to stay by our side and stick it through, despite the shortcomings relating to our health. The people who serve as our safe haven and comfort when everything feels like it’s spiraling out of control.

On Thursday, October 10, I had an amazing opportunity to sit alongside my husband and do a Facebook Live for IBD Social Circle. For the first time in our 6+ year relationship, Bobby was able to share his experience as a caregiver. You can watch the video by giving the IBD Social Circle Facebook page a “LIKE”—the video is up on the feed.

During the discussion we talked about navigating the unpredictability of the illness and how we handle the stress and worry as a couple—from when we initially met in 2013, until now—married with two little ones. Bobby was thrown into the caregiver role in serious fashion six months into our long-distance relationship when I had a bowel obstruction while visiting him.

From that point forward—I knew I had met someone with an understanding heart who was up for the challenge of rolling with the punches and taking on everything that IBD brings on emotionally, physically, and mentally to not only the patient, but their loved ones.

While balancing love and IBD, communication is imperative. Be vulnerable. Allow the person closest to you to break down your walls. Don’t hide behind a smile if you don’t mean it. Articulate the pain and the struggle so your caregiver knows when they need to step up and help you. 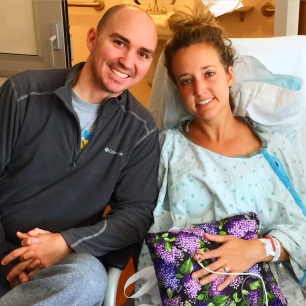 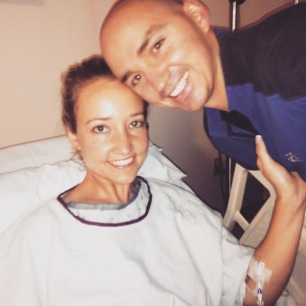 Feeling guilty for constantly being the one who is taking, rather than giving, is a heavy burden that all chronic illness patients carry. In talking to Bobby though, I’ve learned he doesn’t see the balance of giving and taking in that light. Rather, he believes I give back just as much. Through the years I’ve casually apologized for being “sickly” or a “sick girl”—he always reminds me that despite my disease I’m a healthy person with a GI condition. Having that mindset helped me immensely and shed light into how he sees me through his eyes.

Not everyone is cut out to be a caregiver and that is fine. But, for those of us in the IBD community, being with someone who isn’t empathetic, nurturing, and compassionate, can be a recipe for disaster. 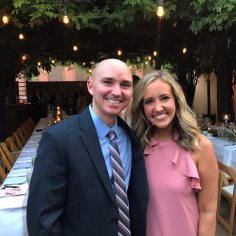 Life gets stressful. Life gets heavy at times. Living with a disease that can strike at any given moment is taxing. Don’t try and be a superhero and take the burden of IBD on yourself. As patients it can be easy to gloss over all that our caregivers do for us on a daily basis, whether flaring or not. The little things are often the grandest gestures. Recognize the effort. Say ‘thank you’ and let your caregiver know how much their constant support means to you.

2 thoughts on “Why Caregivers are the MVPs of Chronic Illness”