Connecting with those who battle inflammatory bowel disease over social media is cathartic and creates friendships–whether you’ve met the person or not. It’s amazing to me how quickly you can share a bond and relate to a complete stranger’s life experiences because they mirror your own. I recently connected with Samantha Rynearson of West Virginia. 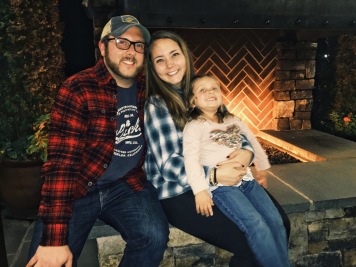 She’s a 25-year-old wife and mom who was diagnosed with Crohn’s disease at the age of 21. She recently had a bowel resection and currently takes Stelara and Imuran to keep her disease in check. This week, Samantha shares an inspiring guest post about why surgery completely changed the course of her life for the better.

The best way I can try to describe Crohn’s disease is that it’s like an elevated version of Russian Roulette, but with food. In Russian roulette, only one of the guns holds a bullet. Prior to my surgery, for every 10 foods I ingested, eight of them caused me pain or were “triggers.” It was a game that I lived with and played daily for the past three years as I battled living with a stricture in my small intestine the size of a straw.

Let’s rewind to January 2017 – I made a News Years Resolution that I was going to lose the dreaded Prednisone weight. So, I wrote a meal plan, went shopping for healthy foods and was cutting out processed foods as much as possible. Unfortunately, four days into the New Year, I was admitted to the hospital with a small bowel obstruction. Apparently junk food from New Year’s Eve, mixed with a drastic change in diet, mixed with not being on steroids anymore – my intestines were not having it. So, nine LONG days of steroids, CT scans, bowel series, lots of morphine, and a new medicine, I was released to go home. I was told I couldn’t eat any raw fruits or veggies, nothing high in fiber and basically nothing healthy at all. No more New Year’s Resolution.

We tried new medications, but after eight months of no change in my small bowel, my gastroenterologist thought it was time to say goodbye to the diseased portion of my intestines. I remember the phone call from her just saying “I’m going to give this to you bluntly, you need to get them out.” At first, I was shocked, then angry that my body was failing me. I brought my husband to my surgery consultation, and I’ll never forget the look on his face as the surgeon was asking me very detailed symptom questions and I was answering them honestly. It was a look as if I had by lying to him for years. Even my husband, the person I spend every waking hour with, have been with for almost six years and since I was diagnosed, didn’t fully understand how bad my disease had gotten in the last three years.

As the time got closer to my surgery, I got more and more nervous. I know the statistics… 75 percent of Crohn’s disease patients that have surgery will need surgery again… 20 percent will have a reoccurrence of symptoms after two years, 30 percent after three years… I was second guessing myself and remember thinking “it’s fine, I can live like this…”

As a mom and a wife, I questioned how my family would make do without me… But as surgery drew closer and I was in so much pain that I could only eat liquids and was basically confined to the fetal position, I knew it was time.

When I woke up from surgery I was in the worst pain of my entire life (YES, worse than childbirth!) It took more than two hours to get my pain to a tolerable level and I remember thinking I made the wrong decision and that I was an idiot for doing this to my body and I should have just sucked it up and dealt with the flares and the pain. But man was I wrong. Once I could tolerate food and pass it, I was released after just FOUR days in the hospital!

Every day of my recovery, my daughter would ask to see my “boo boo.” She was super careful around me, and gave me so many kisses and hugs that I realized children really do understand more than we think. My husband was overprotective because he was so afraid something would go wrong during or after surgery and I would get so frustrated because I was only thinking of how it affected me, but in reality, it was a terrifying experience for him too.

Prior to surgery, I would eat and then pain would come. Now I eat, and I sit there waiting for the pain to start, but it doesn’t. It’s a hard concept for me to grasp. I can eat food, and not be in pain afterwards. It’s bizarre to me after three years of food = pain that it just changed by having my intestines cut out.

Now, I am almost 12 weeks post-op. I went back to work full-time after six weeks and was literally doing everything I was doing prior to my surgery and then some!!  I have so much more energy to play with my daughter. I’m able to eat food when we go out to eat and not regret it later. I feel like surgery has had a positive impact on my marriage and that I have a better relationship with my husband. I feel like my daughter is getting to know a new “fun” mommy that isn’t always laying on the couch with a heating pad. I feel like my friends don’t even know what to do when I respond to their text messages or say yes to hanging out! 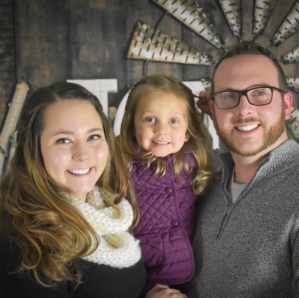 Getting surgery has changed my life in just 12 weeks. I can’t even imagine how much it’s going to change my life in the next year or two. I know the statistics aren’t in my favor, but until then I will totally be living my best life with a foot less of intestine and a bigger smile on my face!